Mild Hyperbaric Oxygen Therapy, or mHBOT, is a medical treatment in which oxygen is inhaled while lying in a total body chamber.  The atmospheric pressure within the chamber is then increased slowly to 1.5 ATA, the equivalent of being approximately 5 metres underwater.

Under normal conditions, oxygen travels in the body with the help of red blood cells (RBC) only. However, when a person receives hyperbaric oxygen treatment, the extra oxygen is dissolved into the blood, the plasma, the lymph, and cerebrospinal fluids. These fluids can now carry the oxygen to places where blood flow is compromised, which is otherwise not possible by the circulatory system.

Henry’s Law teaches us that under pressure a gas dissolves into a liquid.  An easy way of understanding this is imagine a bottle of fizzy drink, CO2 bubbles are not visible right after you buy it. This is because they are under pressure and decrease in size to dissolve in the liquid. Likewise, during mHBOT the oxygen reduces in size and dissolves within the blood plasma. This greatly increases the oxygen level throughout the body and the oxygen is then able to reach an area with low or no blood circulation.

It is non-invasive, painless and can be used to repair and prevent a long list of health issues. In America the Food and Drug Administration (FDA) has recently approved hyperbaric oxygen therapy for treatment of 13 conditions, including diabetic ulcers, crush injury, thermal burns, and carbon monoxide poisoning; signalling the start of this therapy becoming more mainstream. 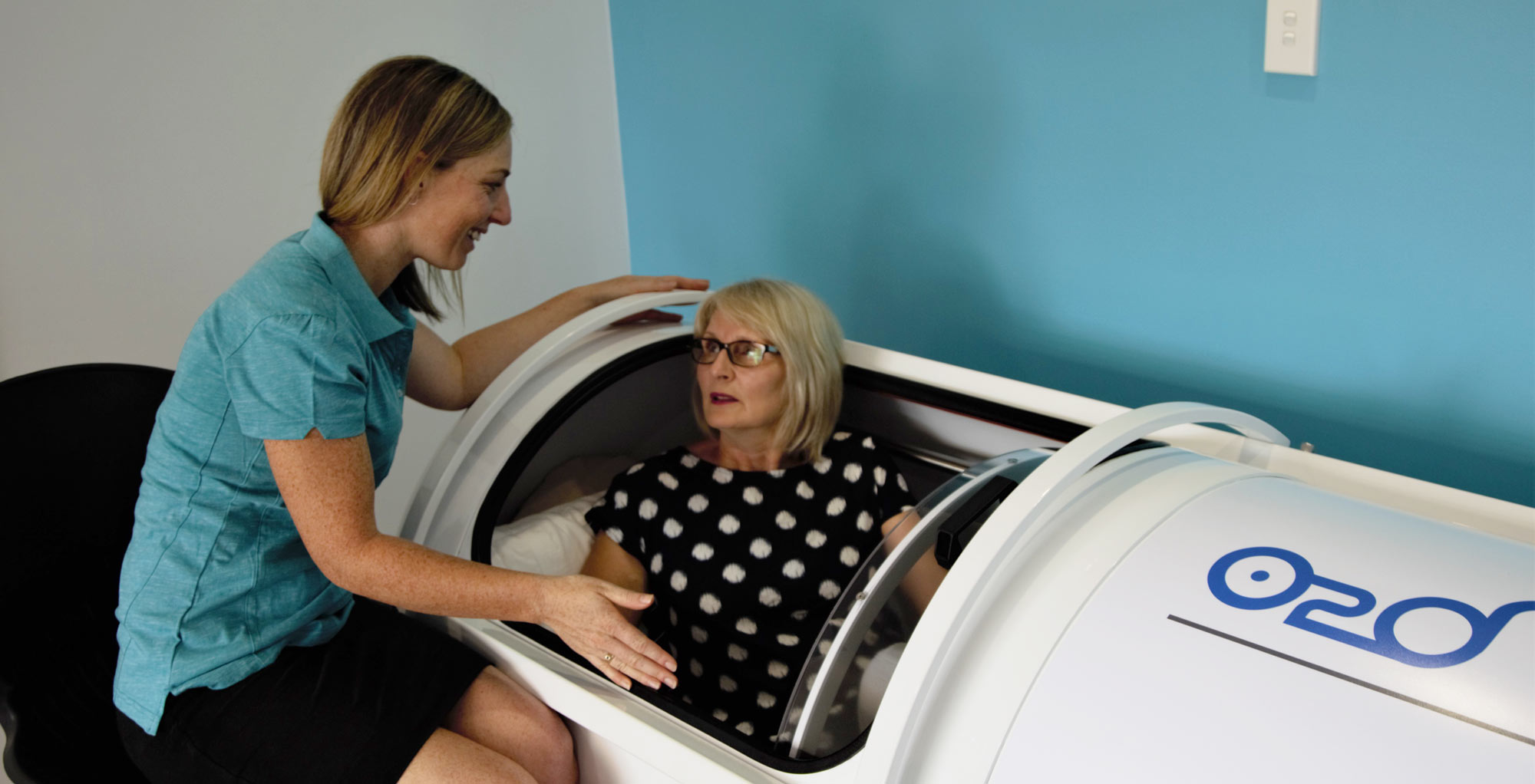 Mild Hyperbaric Oxygen Therapy allows your body to incorporate more oxygen to assist with the healing of acute and chronic injuries. Oxygen is VERY important to the body as, without it, cells and tissues will die, or become hypoxic. Hypoxia is when the body, or an area of the body, is deprived of oxygen. Hypoxia is a major factor in the development of stroke, heart attack, Alzheimer’s, dementia and cancer.

Oxygen has natural healing properties and increasing the amount circulating throughout the body promotes faster and more effective healing.  Some benefits that could be obtained by mHBOT are:

Enqire Today For An Appointment