The Brain Gauge system is a new technology that can be used to test brain function and track it over time. We’ve incorporated it into our clinic for brain-related injuries but also as baseline testing for numerous health concerns. It provides us with a starting result to measure improvements over the course of your treatment.

Book Today
Book Today
The Brain Gauge pulses your fingertips with small vibrations so that certain regions in your brain become active and talk to each other in a very specific manner. It takes 20 minutes and you will be asked simple questions about your perception similar to having an eye exam. We can measure this communication within the brain and use it to scientifically report using several metrics of brain function.

The method utilises the connection between the nerves in the fingertips and the interactions that take place in your brain that result from vibration.

Talk to us today to find out more about using Brain Gauge in our clinic.

Below are results of a 31 year old male who had experienced two concussions over ten years prior the main event. The worst concussion came from a car crash in June 2016 which left him with whiplash and hardly able to walk or care for himself for 6-7 months.

He had pain on the side of the head where the concussion had occurred, weakness in limbs, nausea, blackouts, dizziness, light-headedness and muscle spasms.  Pain was felt on the right hand side of his body in general.  His pain was 8 out of 10 before his treatment.

He also experienced memory loss and the inability to visualise anything.  This impacted his work which had been in a creative role.  He was unable to continue his career.

After seven months of struggling with symptoms, he tried to return to normal life but felt that perhaps each time he extended himself, he began to regress with more of the old symptoms.  He felt he was going slightly backward instead of forward and was at a loss with what to do.  A relative suggested he tried getting help with HBOT.

The subject person was given a Brain Gauge Test pre treatement.  He struggled to accomplish the test and told us that most of his responses were guesses.  It was evident that he was not really able to do the test.  His Brain Gauge results were poor – see the first test below.

HBOT and PEMF therapy was then commenced on consecutive days with the objective of completing 40 HBOTs.

The subject person was retested with the Brain Gauge at 27 HBOTs of 90 minute durations at 1.3 ATA as he had reported signs of improvement.  This is the second test shown below with vast improvements.

The subject person had experienced one vivid dream for the first time since his accident.  Until the HBOT he had no recollection of dreaming anything.  He also found that he could visualise now to some degree.  He experiences less fatigue than before and his limbs feel less heavy.

It is also worth mentioning that he has begun a new career with the purchase of a new business.  He has been able to cope with this since doing HBOT sessions.

The intention is to retest the subject person after 40 treatments and keep him under observation for the following two months when some patients show increased improvement during the rest period. 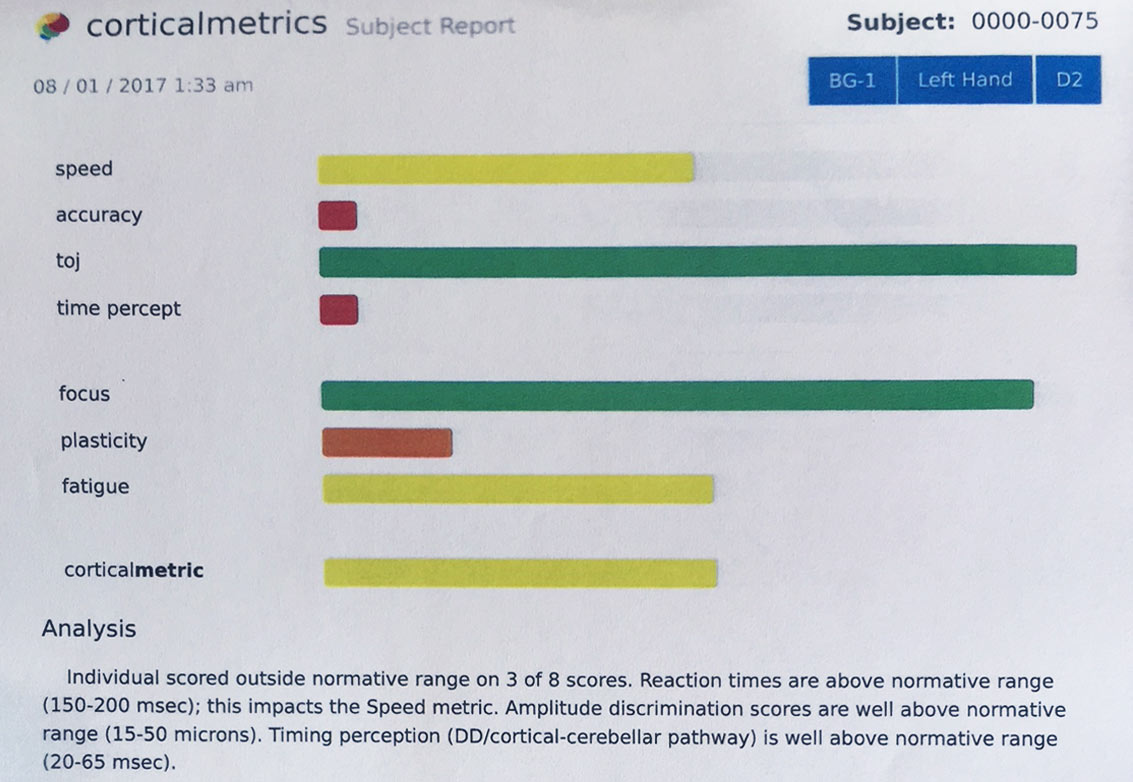 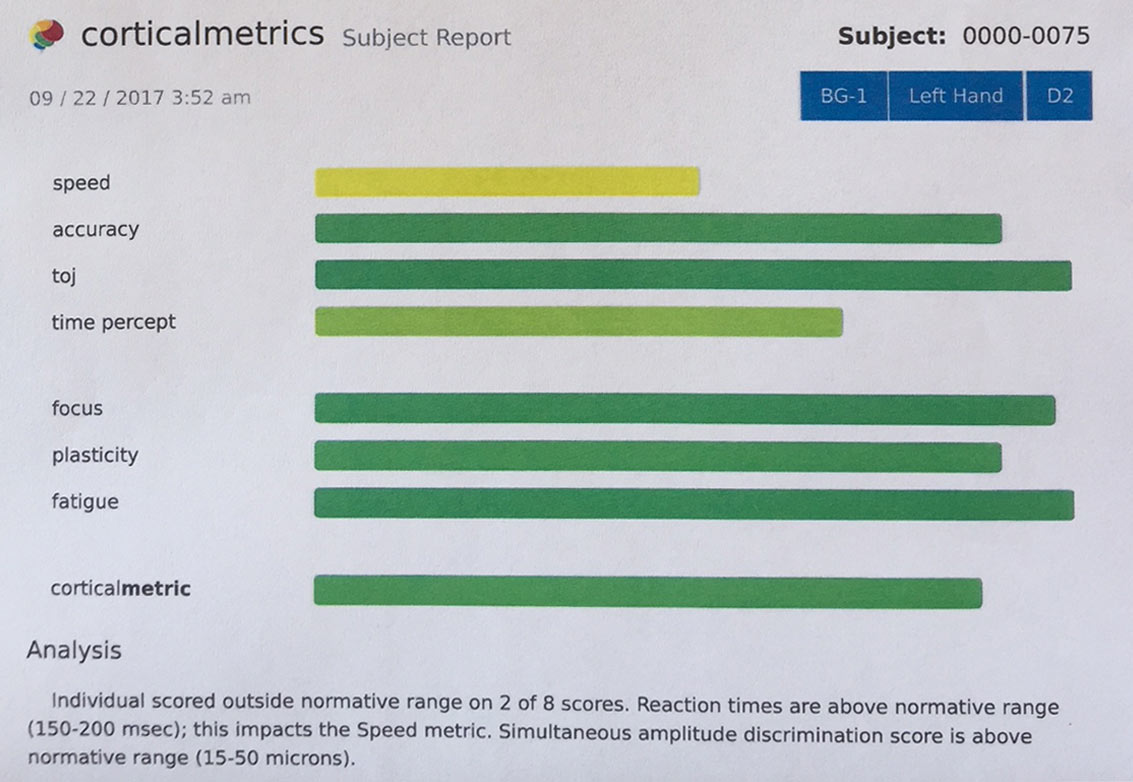 Enqire Today For An Appointment